"The Odd Bricks are only the first! Soon, anarchy will reign!"

Punk Kid is a minor villain loosely based off of the Punk Rock movement. He is a ‘freelance’ villain who seeks to create anarchy with the help of his frog partner, Skipper.

Wes wears a medieval, black chest plate with spiked shoulder-plates, black-leather pants, and a belt with a skull shaped belt buckle. He also has a tall, spiked mohawk that more than doubles the height of his head.

When he is using his Punk Kid persona, he also wears a skull mask that covers his entire head, making him look more sinister. When he isn't wearing the mask, he appears to be a young caucasian male with a smooth complexion.

Punk Kid is against structured society and wishes to promote anarchy. The implication behind this is that he is an "extremist" of the Punk Rock movement, taking the ideas of personal freedom and anti-government to the point of anarchy. He does this through violent and extreme means and appears to care little about who gets hurt to achieve his goal.

He also has an annoying habit of going into a monologue or talking excessively when it isn’t necessary. This can cause him to get off track or stop paying attention to an important task. Skipper sometimes has to prevent him from going off on tangents, though he claims that being silent takes the fun out of things.

He's a very poor planner. This was shown when he attempted to infiltrate The Evil Lab while his only plan was to wipe out The Odd Bricks with his Boom Stick (a weapon that takes ten minutes to charge).

Punk Kid used Skipper to help him find information on The Odd Bricks and find the location of The Evil Lab. Later, he arrived at the outside of the lab and easily destroyed two Combat Drones before proceeding inside.

Once inside, he threatened The Odd Bricks, claiming that they were getting in the way of his evil plan to spread anarchy throughout the city. After giving an unnecessary speech about the evils of conformity, he threatened the five villains with a large gun that he called his "Boom Stick." However, the weapon took an impractical amount of time to charge, and he was easily subdued by Lord Vice as he revealed his flamethrowing ability for the first time. The Odd Bricks intended to keep him as a prisoner, but he escaped with Skipper by pointing out a 'distraction' to his captors and fleeing.

Through unknown means, Andrew C. contacted Punk Kid and requested a meeting at a diner in Lego City.  Andrew said that he intended to hurt The Odd Bricks, but he didn't know where to find them. In exchange for an undisclosed amount of money, Punk Kid told him everything he knew about them, including the location of The Evil Lab. Before Punk Kid left, he warned that after the Odd Bricks were out of the picture, The Suits would be his next target. He took the money and left after putting his mask back on.

Dirty Fighting: Punk Kid is most effective in free form hand-to-hand combat. He was able to take down Noface and Uekibachi with two quick attacks, greatly implying that he is unnaturally strong and fast. He strikes fast to avoid giving his opponents a chance to counter. However, he is only effective in gritty close quarters combat. Despite his insistance on using guns, his ability to handle them is quite poor. 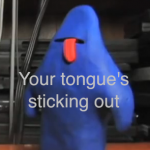